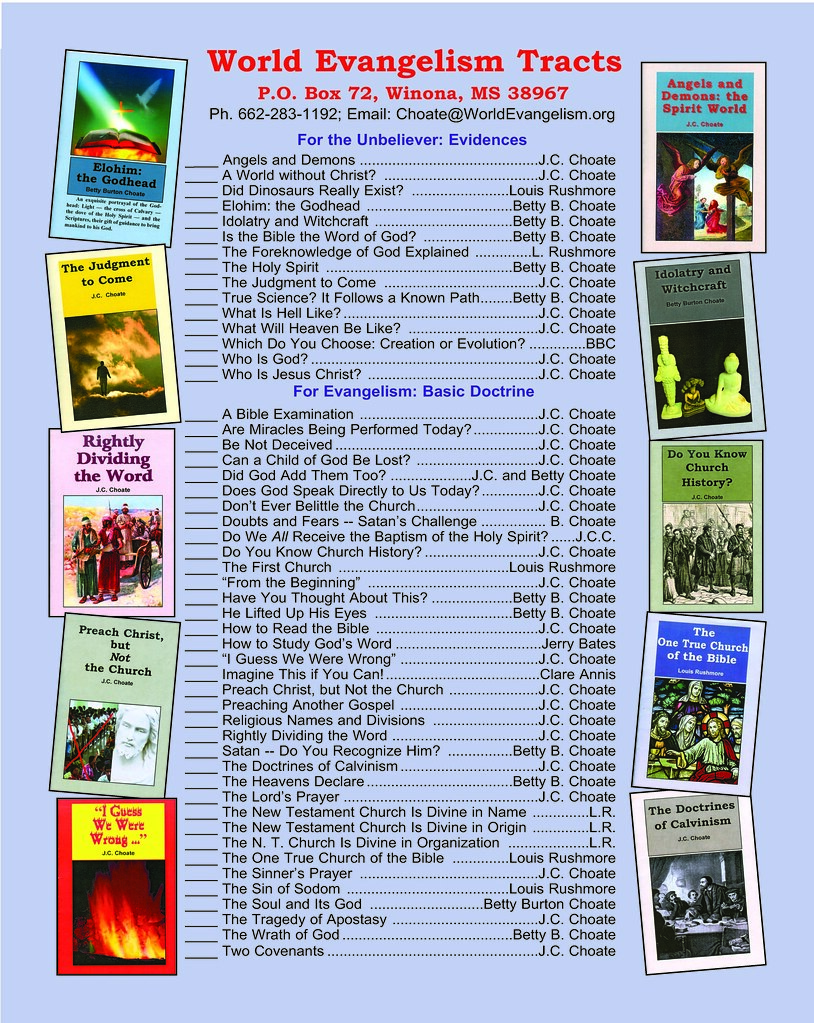 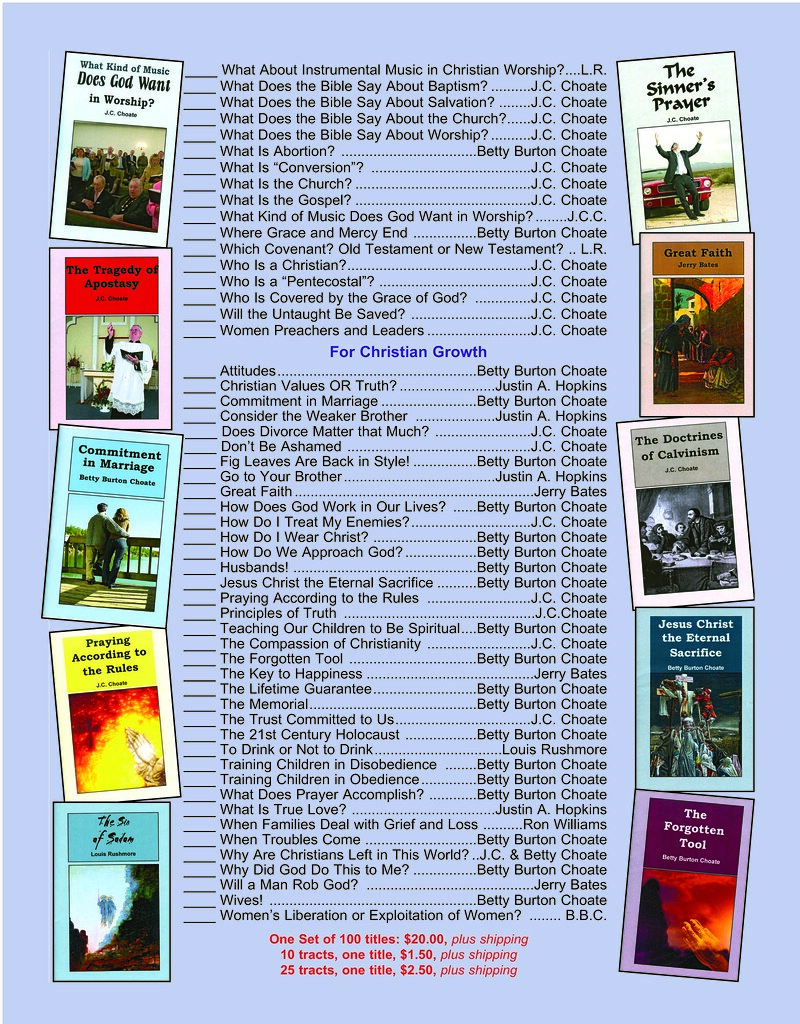 We are thrilled to be offering 106 full-color tri-fold, pocket-sized tracts on a full variety of subjects.  As shown in the brochure, some are written for those who have no knowledge of God or faith in the Bible as His word.  Others deal clearly but in an attitude of love with denominational doctrines and concepts.  There is an array also for Christians, to aid in their growth and understanding of Scripture.  We will be adding to these titles as the need for additional studies grows.

By mistake, one title was omitted:  “The Thief on the Cross”.  Of course, everyone knows the line of logic usually offered in the denominational world, to support the doctrine of salvation by faith only.  All of us who have been active in sharing the Gospel have heard the question, “But what about the thief on the cross?  He wasn’t baptized.”  And the correct answer is given, “The thief died before the New Testament law went into effect, so Christ could save him however He chose to do.  But since Pentecost, we live under the new law which requires baptism for the remission of sins.  We can’t be saved unless we obey that command.”

In addition to these points, our tract raises these further questions:  “Even though both were dying on a cross, what did the thief call Christ?  Why would he — seeing that Jesus was dying, just as he was — address Him as ‘Lord’?  That statement shows that he had great knowledge of Christ and, at that point, he had more faith in His Lordship than even the apostles had, because all of them except John had run away in fear.”

“And what about the thief’s next statement?  ‘Lord, remember me when You come into Your kingdom.’  Why would the thief think that a dying man would ‘come into a kingdom’?  What did he know about Christ’s teachings concerning His kingdom, and that it was not of this world?  Obviously, he was not expecting it to be an earthly kingdom, and he had faith that Christ would live and reign in another world, even though at that moment He was nailed to a cross and would inevitably die.”

The mistaken idea that this was the first time the thief had seen Christ, and that he couldn’t be baptized because he was fastened to a cross are  erroneous conclusions.  His very statements show that his knowledge of Christ and of His mission in the world was more complete and founded on greater faith than that of Peter or any of the other apostles at that time.

Since multitudes from Jerusalem and Judea (Matthew 4:23) were baptized as a result of Jesus’ teachings (He didn’t baptize, but the disciples did: John 4:1,2), and since the thief knew Jesus as Lord and understood His promises about the coming kingdom, and since those who heard Him preach these things were baptized as a result, one would be forced to reach a conclusion in direct contradiction to all the evidence if he insisted that the thief was never baptized.